If recent events tell us anything, it's that voting matters... With that in mind this is a quick post on something that caught my eye this year: sharp changes in voting turnout at a number of companies. Some of the more striking examples have been at companies that have got into financial trouble, like Thomas Cook, Interserve, Kier Group and so on. Here are a few examples (excuse my poor Excel skills). I've included publicly available data on short positions at the same time as the relevant meeting, as I think that the impact of shorting might be part of the story.

For completeness, take a look at Premier Oil, where a huge short position has recently been reported (it seems this one might be hedging).

But it's not just about shorting, there are some interesting results at companies that have been in the middle of other activity. Have a look at Provident Financial, which was facing a bid from Non-Standard Finance earlier this year. I have half an idea here that it could be the result of people taking a punt on the takeover succeeding using equity derivatives, hence banks ended up on the register as counterparties but didn't vote (as I believe there is a tax issue). I'm interested if anyone can tell me if I'm talking gibberish, or not.

And if we look back at Whitbread over the past couple of years, when Elliott had a large derivative position and was pressuring the company to restructure, we also see a drop in turnout. I'm not clear why this sharpened in 2019, though it's worth noting that it bounced back at this month's EGM. Press reports suggest Elliott wound down its position in July.

I'd love to see what the turnout at Melrose Industries March 2018 EGM was like, as I suspect we'd see the impact of hedge funds there too. But it's the one set of meeting results not available on its website.

The dog that didn't bark

To be honest, I'm not looking forward to election day tomorrow. If the polling is right we can expect a Conservative majority and Brexit to go ahead, neither of which are my favoured outcomes! I thought the same would happen in 2017 and it didn't, so who knows.
Also in 2017 I blogged about how in my corner of the world a broadly 'Left' take on corporate governance was winning, even as it looked life the Left was losing in the Big P political field. This trend has only continued in the following 2 years. Positions that were once only advocated by the likes of the TUC, High Pay Centre etc have become fairly standard.
Another thing I've blogged before is that the political value of business endorsements in election campaigns has declined significantly. It might even be a net negative now. And this is a point on which Boris Johnson, a politician who seems to have no guiding purpose except getting into power, is obviously alert to.
In this respect it's interesting to note that in this election one of the previous staples of Conservative campaigns is missing (no, not Jacob Rees Mogg...): the collective statement from business leaders warning against a Labour government. This was literally a front page attack in the 2015 campaign. So where is it this time? I can't believe that the Conservatives couldn't organise a similar joint letter now, when Labour is positioned further to the Left and advocating taking some businesses into public ownership. Perhaps some feel it is too dangerous to speak out, but there must be a reliable core of party funders and friends that could be put together.
So my gut feeling is that the Conservative campaign team may think that such an endorsement (or, seen the other way, corporate attack on a particular outcome) would be a net negative. Certainly you can imagine Labour immediately trying to flip it into evidence that corporate interests dominate Right politics. If my hunch is right, then it's just a bit more of an indication of how politics has changed from the 1990s, and from the crash in particular. It has some interesting implications for those of us in ESG land, which I'll return to at some point. 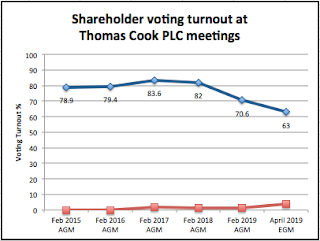 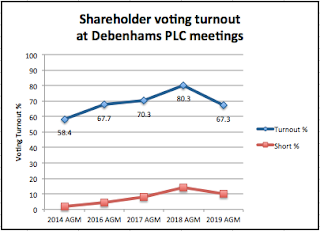 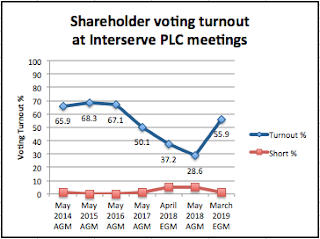 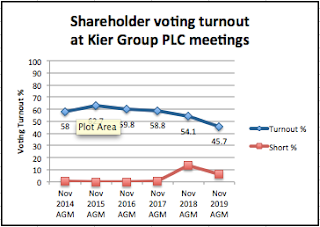 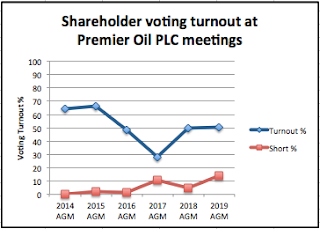 Posted by Tom Powdrill at 21:59 No comments: